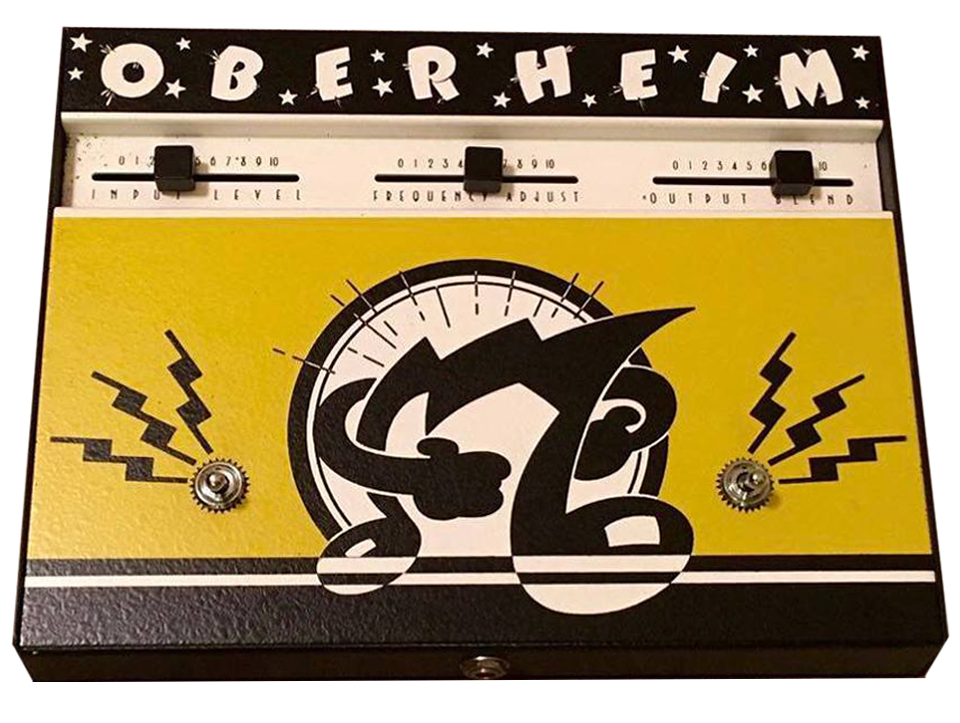 Sonic State and Tom Oberheim … nice combo for a trade show right there. Head to the video below to check out Nick Batt talking to Tom Oberheim with a little history lesson and walk through of the projects. Features aren’t discussed at length so I’ll dive into those myself below. Above is an image of the first Ring Modulator available aimed at performing musicians in 1970. Tom brought this along to NAMM and there’s also his phase shifter (that I believe went on to be a Maestro product) that was made in 1971. Both of those are now going to be available in adapted form in the eurorack format along his new synth modules. 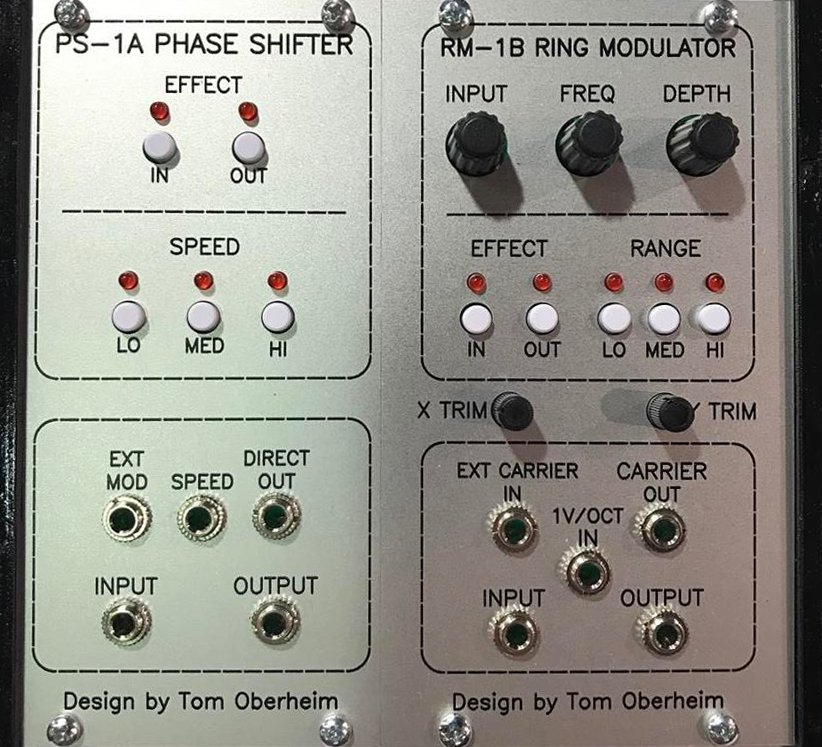 You can see both the Phase Shifter and the Ring Modulator in the image above and both look to be fully featured, however a little big (hides under chair for my criticism). It’s interesting to see an effect in and out switch rather than a single on off button or switch. I wonder if there’s an advantage to doing it that way, or just something to follow the original designs. You have 3 speed buttons for low, medium or high frequency phase shifting along with an external modulation input, speed CV input and direct out. The direct out I think might be the internal LFO modulation. There’s then the obvious input and output. The Ring Modulator again has the in and out effect switch and low medium and high ranges. There’s knobs for input (input level no doubt), frequency and depth along with small trim knobs for the X and Y. The bottom input section gives us a big hint into how the unit works. There’s an external carrier input which hints at an internal one. That would also make sense for the carrier output and 1v/oct input. So there’s an internal oscillator to be used as a carried which you can also control the pitch of with your usual sources. There’s then a input (for the modulator I imagine) and an output. Both modules are “exactly the same circuit for 1970 and 1971”.

The new synth voice SEM-X is current development of the SEM+ (they didn’t like the name) that Oberheim had showed at a previous NAMM show. In the picture you can see the SEM-X modules and their Patch Panels. Each SEM-X module is going to come with a Patch Panel but you can re arrange these in the layout above for ease of patching. Each SEM-X is an Oberheim voice with two VCOs, a multimode VCF, two envelope generators, one LFO and a small mod section.

According to Tom in the video these products will be available in a few months “probably in May”.

Video demonstrator for modular, synths and music tech gear with a background in music composition & production alongside sound design & engineering.

Beautiful work from @audio.gear.obsession with the

Hello! I just wanted to wish you a Merry Christmas

So who joined the Boolean logic class with my vide

My new video will be online soon. Care to guess wh

LAST CHANCE TO SUPPORT, GRAB A DISCOUNT AND MAKE I

WIN AN ONA VCO!!! To celebrate the release of the

Join @modularmeets THIS SUNDAY at 3pm UK BST for t