Click bait stupid title – check, shock and awe at Eventide entering eurorack … erm … not really for me. And to be fair we’re more tip toeing into a swimming pool that knee deep 🙂 but that’s not to say I’m being negative about it.

Ok I’m not surprised as I think a lot of people may be about Eventide entering eurorack. Larger companies entering the market to experiment and test the market with single module releases that port over their technologies into the format seems like an easy exercise for a bigger companies. 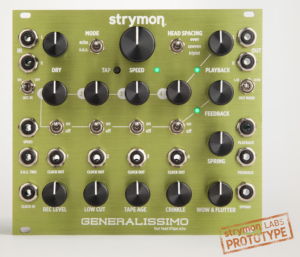 We saw Strymon (granted not as large) announce the Generalissimo last year then pull it (they did tell me recently they were making good progress with eurorack though, so we’ll see where that leads). As well as progress on this.

Anyway onto the Eventide delay. The only place I’ve seen this is in a picture from Richard Devine’s Instagram Feed, so hopefully Sonic State and the like will make it over to get some video before the NAMM show ends. If I find anything else out and or see video I’ll go back and update the thread. 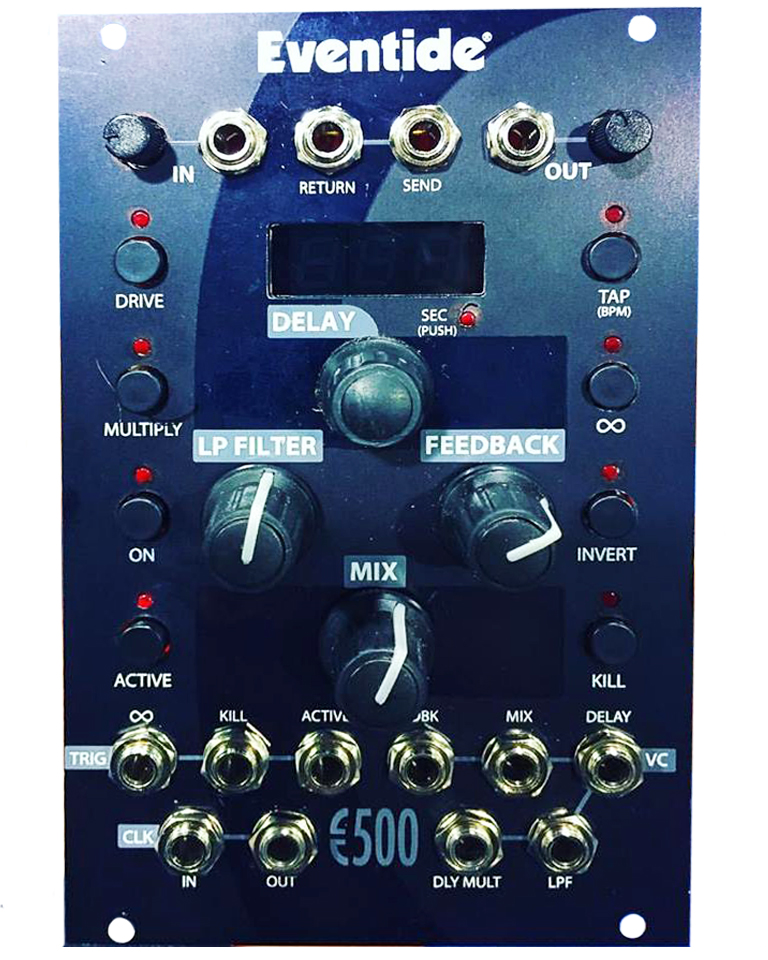 Working through the panel with have the audio in and out with level control along with a send and return in and out. There’s then drive control, tap tempo, multiply (tempo divisions and multiplications I imagine) infinite feedback, on and off (not something we see in modular often but something obvious for say guitar pedals), active (not sure how that’s different to on and off) and a kill (again similar to on and active maybe). Knobs are for delay (on a push encoder) with a low pass filter, feedback and mix control. CV is over feedback, mix, delay, LPF (low pass frequency) and delay multiplication. There’s trigger ins for infinite feedback/hold, kill and active as well as a clock input and output.

I’m sure it will sound great and hopefully take to modulation that you can really push to make it well worth while in your case. As I said above I’ll update this if/when we see more information.