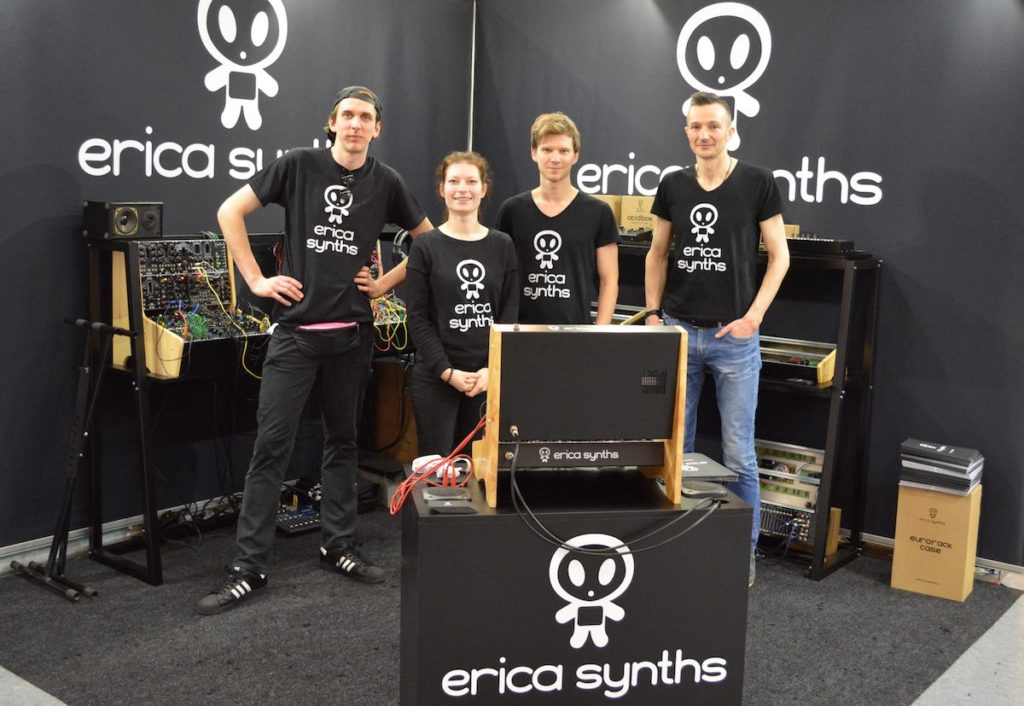 Erica must work non stop working up their ranges of systems, re working and re designing classics and constantly keepings things flying forward. There’s often multiple releases together (PICO was 13 modules at once I think … crazy!). So it’s no surprise they’re releasing and announcing a slew of modules and updates at NAMM 2017.

First up is the re designed Polivoks DIY line up. With many innovations and improvements on the original soviet Polivoks designs. 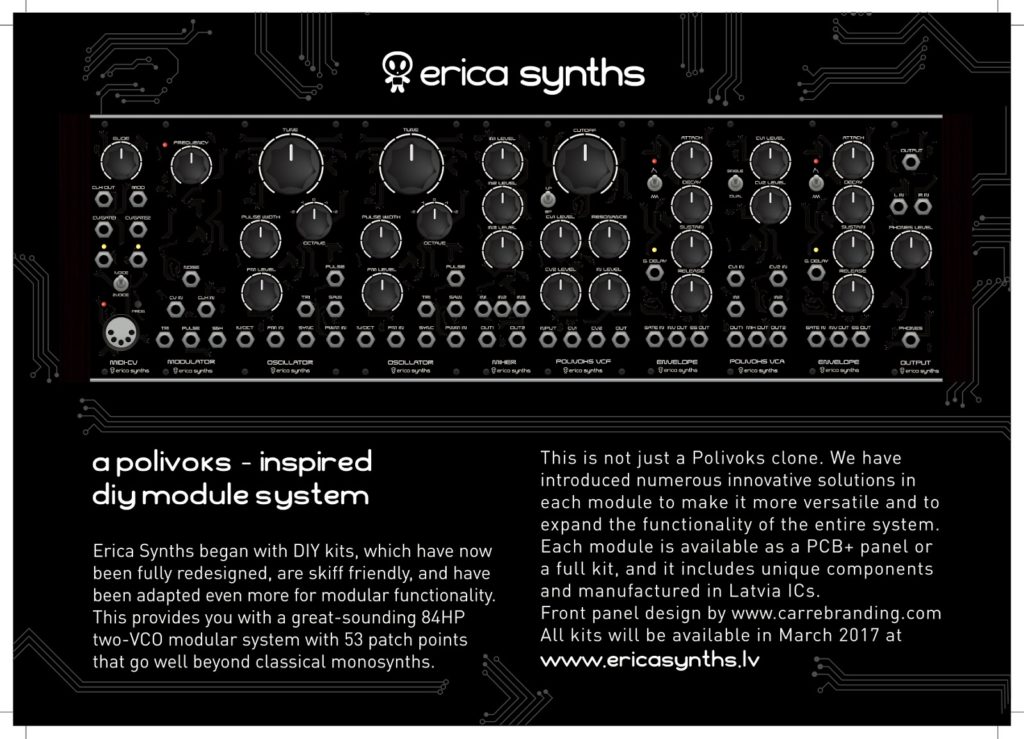 There’s also the previously announced Fusion system which uses tubes/valves/glowing glass things (call them what you will!) in the signal path. While I haven’t played on the full system the previous version one Fusion modules and the new Vintage Delay Ensemble is killer. 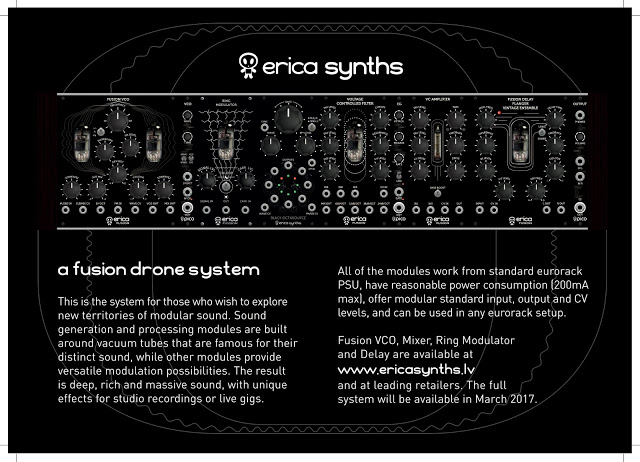 There’s also a new filter core with a new chip designed and manfactured for Erica Synths by RPAR Alfa. It’s a 12 octave, exponential tracking, resonance modulating, multimode VCF which is similar to a CEM3320 with improved characteristics. Nice to see them pushing technologies, looking at the specs on the image I’m starting to picture one hell of a filter on the cards when they get the module sorted. 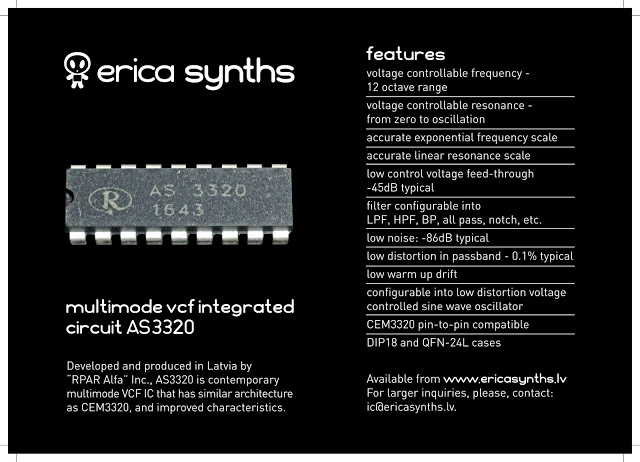 There’s also the new Black Octasource (with new video below), version 2 stereo mixer and PFL Expander (my video below), MIDI to clock (or clock to MIDI) and a new XFADE module. 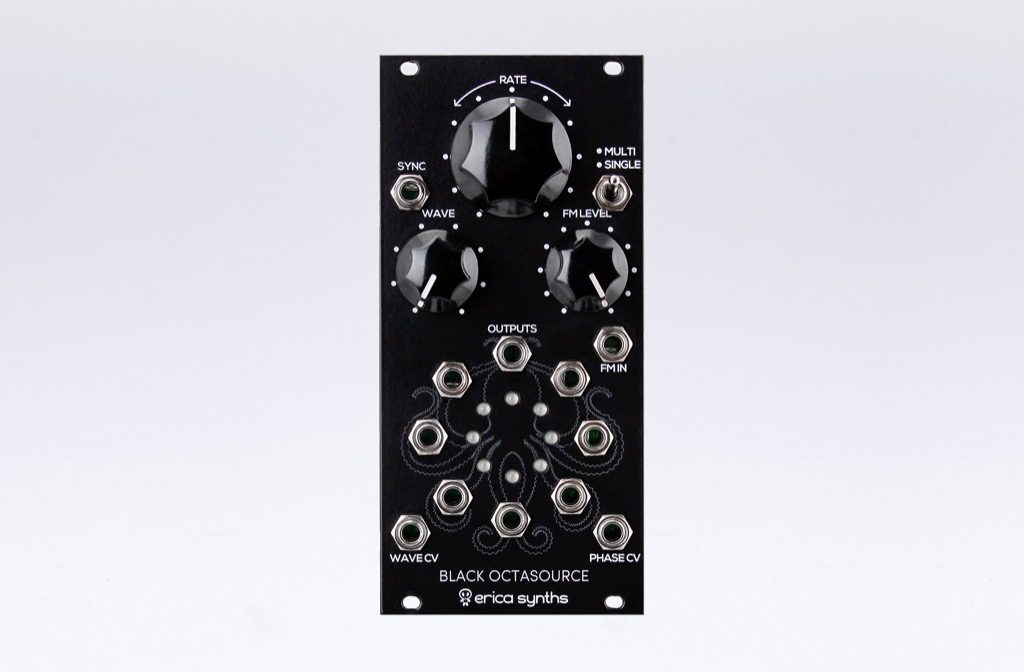 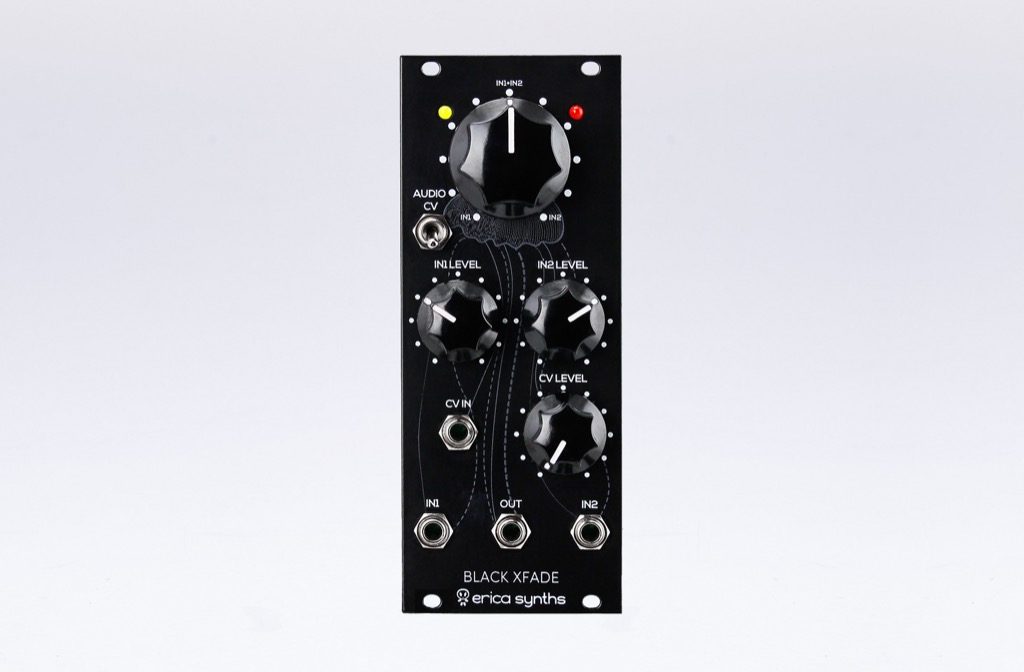 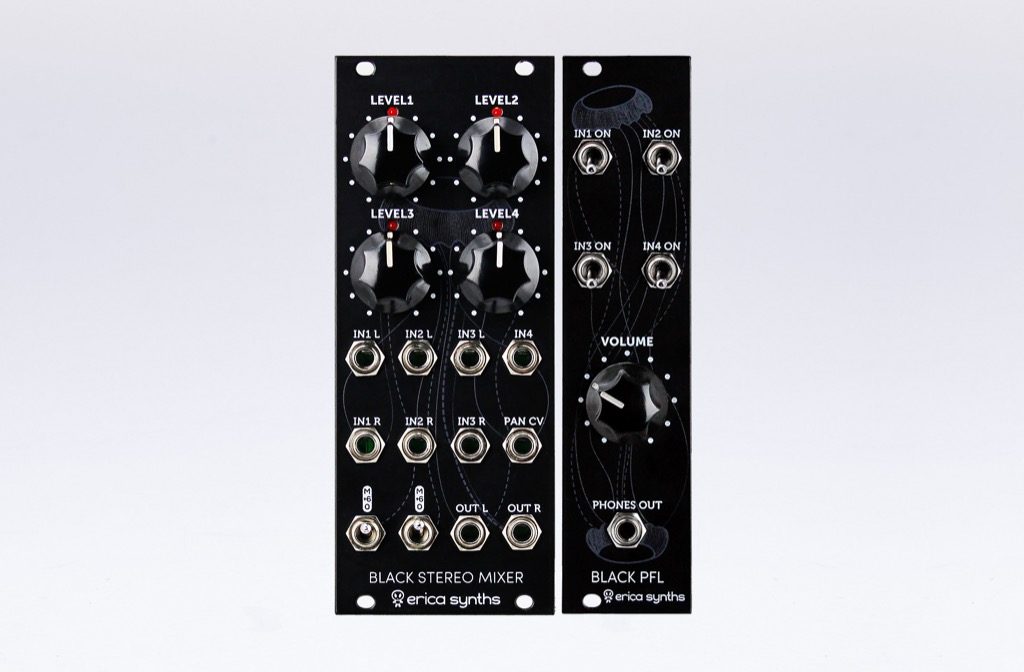 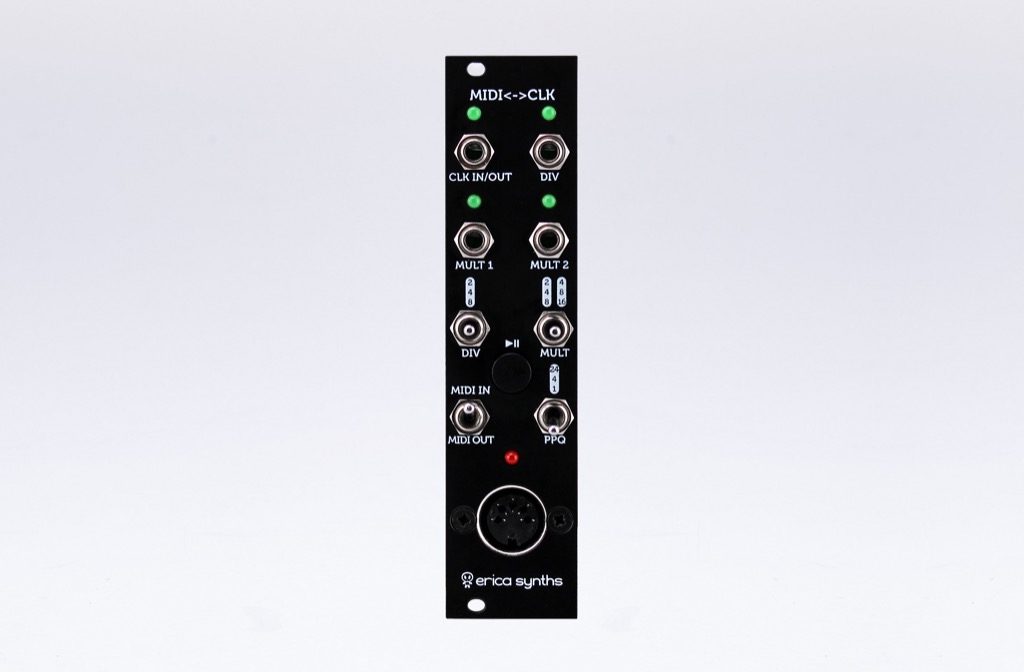