UPDATE – I’ve now replaced all the photos with HQ web images direct from Intellijel. Be sure to click on them for full resolution images.

intellijel dropped 10 new modules at NAMM was that more or less than Erica Synths when they announced the PICO range? Anyway, they’ve been busy so let’s get stuck in!

Regarding Intellijel, by far the most exciting module for most will be Plonk (good name, I like!) Which is a new collaboration module from both intellijel and Applied Acoustic Systems A|A|S. If you’ve not heard of Tassman or Chromaphone from A|A|S you’ve probably seen their work in Ableton Live. They developed Analog, Tension, Collision and Electric for the DAW which are all great devices. You didn’t come here for DAW devices though so … Plonk brings in that software technology from A|A|S and that’s in the new module Plonk. It’s a physical modelling module suited to percussive sounds through modal synthesis. With beams, plates, membranes and strings there’s a wide range of objects to excite in various ways. Modal synthesis works with an exciter and a resonator first seen in the eurorack world with Elements from Mutable Instruments. Rather than choosing to build a large module with all the controls on the front Plonk offers macro control and a crisp and clear OLED screen to show / change settings and modulation. As we’ve seen with Rings from Mutable Instruments Plonk offers polyphony in the way of overlapping notes, meaning that as one sound decays you can strike and create another and the original sound won’t cut off. Fast forward to 15:18 in my Rings video to check this polyphonic feature out. Plonk runs at 24bit and 44.1kHz so no concerns with quality. Next up is the Tetrapad which is a four part custom touch and pressure controller with various modes. The pressure is true ‘force sensing resistor’ pressure and not capacitance based. Meaning you can press the pads/strips harder with any object to get the pressure output. There’s a basic level and pressure mode with gives a value from the vertical position of the pads as well as a pressure output along with various other modes than can create strumming like gestures, 4 different pitch intervals for chord generation and there’s an expander coming that will allow you to sequence between those too. It looks like it will fit in nicely among the likes of Pressure Points and the new Twisted Elektron keyboard controller, likes those two modules Tetrapad will also be able to link with a second module for extended functionality.

Third in line is a new Quad VCA with adjustable response like the uVCA, cascading mixing, normalling between channels (that can be broken), amplification (see the boost switch) and everything you’d want from a bunch of VCAs. There’s a few quad VCAs around now included Mutable Instruments Veils, ALM’s Tangle Quartet, Bubblesounds VCA4p and no doubt a few more. Super handy modules well worth considering for plenty of extra control over your modulation and audio control. It’s third in the series of multiple VCA modules (is there a collective name for a group of multiple VCAs? Like a gaggle of geese for example) from intellijel after the original HexVCA and Linix. Fun fact – I just grabbed a second hand HexVCA (they’re long out of production) and it’s great. I also use the uVCA a lot so I’m sure this will be just as good.

dule four (no particular order I should say) is the Shifty. Which is a sequential switch and shift register where you can either sample the inputs or have them track or sample. You can randomise or ping pong the play through or have outputs cascade across each other for the shift register mode. Shifty looks as if it will bring together multiple modules in a compact unit to control and modulate through multiple voices and or sequences. You’d need sample and holds, a shift register, switch etc to put similar patches together, so it makes this look very immediate. There’s manual buttons for step through and reset and four gate and CV outputs from the one gate and CV input. That makes this a one way system (surely for the processing involved) unlike more basic switches that can go from 4 inputs to 1 output or 1 input to 4 outputs.

The fifth new module is actually a remake of the Springray module. It was previous a voltage driven spring reverb circuit that limited frequency response. So that has been updated to a whole new circuit that is current driven for a better response. There’s also a fully parametric EQ instead of the tilting EQ that was on the previous version. Patching in an LFO to the EQ frequency with a high gain reduction would give a phaser like sound over the spring reverb due to the notch EQ moving frequency – nice! There’s still a limiter circuit which is optical (like opto compression or vactrols) to stop your feedback getting out of hand. I can’t find a picture or get a good cut from videos of the new Springray so you’ll have to compare the video below to the image used here.

The next 5 modules are all 1U tiles and the first is a basic line input with level control. Simple but useful. The picture above in the new clock generator, noise generator, probability based random gate, sample and hold / track and hold and slew generator … that’s a lot crammed in and a mouthful, or finger full as I’m typing. There’s also a buffered mutliple which albeit plain is a good use of the space saving the precious 3U ‘normal’ rows for other duties. There’s also a “high quality” headphone driver that’s stereo in and 1/4″ stereo jack out with level control. Finally there’s a digital reverb that comes from Accutronics which I imagine is a similar digital brick to the one that’s compatible with the Music Thing Modular Spring Reverb module. There’s also new sizes in the case range and a carry bag for the cases. So lots of action in the intellijel camp! 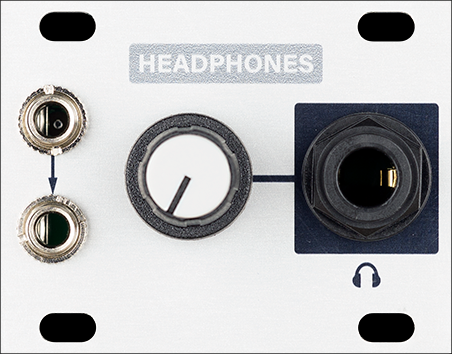 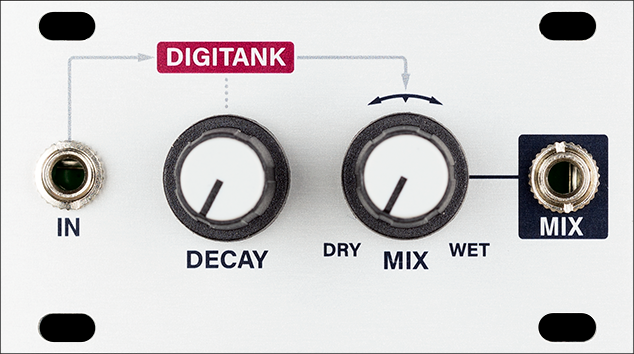 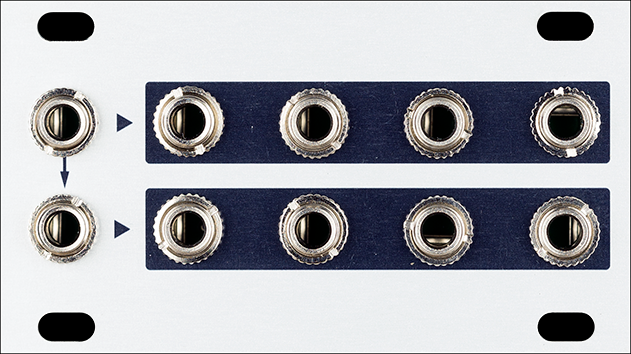